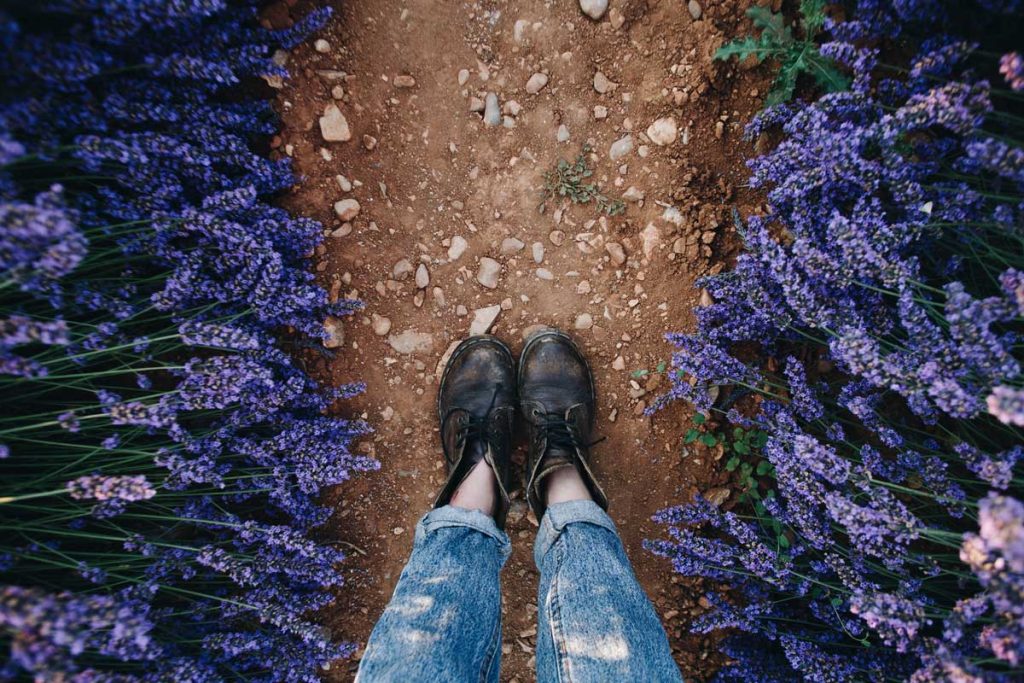 Being vs Doing: A journey to clarity

in Conscious Living by Ronda Renée

In a society that glorifies being busy, the concept of being vs doing can be hard to convey and even harder to grasp. However, when it comes to purpose and fulfillment it’s a distinction of supreme importance. Without creating an understanding of the difference between being vs doing we run the risk of never finding what we are seeking.

Being conditioned to believe that achievement, acquisition and accomplishment (all generally driven by doing, also known as action) are the keys to success and satisfaction, generally leaves out what it takes to create true success and satisfaction. The emphasis on striving and chasing the future keeps us focused on the doing rather than the being. This often leaves us overcommitted and overstretched in countless ways.

Until we grasp the concept of being vs doing we may remain destined to run around in circles, chasing after things that won’t ultimately bring us what we are craving, and spending unnecessary time, energy and resources in our pursuit of the wrong things. Inevitably (or at least hopefully), there comes a time when we realize that without aligned being behind our doing, all the action is just activity. It’s not actually getting us where we are meant to be – to where our Soul is trying to lead us.

What is “being” vs “doing

So, what is “being” vs “doing” anyway? The doing part probably seems quite obvious. Simplistically, it is the action you take. Generally the belief is that action will provide forward momentum. But movement does not necessarily equal momentum, does it?

Because – and here’s a really important part of the distinction when considering what is being vs doing – the real secret is it’s not the actions that create our results; it’s the energy behind the actions that create our results. If it were, we could all do the exact actions and expect to get the same results. We can all agree that’s not the case.

Let’s break it down from a different perspective. When answering the question ‘what is being vs doing,’ we are identifying the target (the doing), the motivation (the being), and the interplay between them. Said another way, being is the meaning and doing it the motion. And motion without meaning leads to a bunch of busy work.

Our fulfillment is never going to find us while we’re running around all over the place in perpetual motion. In this state it probably looks like a lot is happening but too often the victories we have from these experiences are hollow at best. After expending all that effort to achieve a particular results, we may discover the satisfaction we thought would be wait for us there just isn’t.

Being Happy Where I Am vs Doing More

Being happy where I am vs doing more might just epitomize the human condition. We seem to have an inherent dissatisfaction built in until we come into divine alignment with our Soul. And good thing! If we didn’t, we might just settle in and settle for a full but unfulfilling life.

Here’s what makes it hard to discern between the choice of being happy where I am vs doing more. After all, we can feel the pull. We can feel the calling of our Soul. We just aren’t given the tools to connect to and center on our being and instead fall prey to the habit of doing, doing, doing.

When our doing lacks clear focus and purpose is when life (or business) becomes full of a lot of activity but may not be full of the equivalent payoff or satisfaction. Being faced with the choice of being happy where I am versus doing more may seem like no choice at all when you don’t have the purpose and fulfillment you crave.

But when we stop long enough – being happy where I am –  to investigate our own motivations, we can move forward from being into doing in a way that guides us to where we are meant to be. This is the best of both worlds!

Being vs Doing in Business

Now, when it comes to being vs doing in business things can become even less clear. Inherent in the daily operations of a business seem to be all about the doing. The business-as-usual business model relies heavily on the actions we take. However, if doing was the driver of results we could all take the same actions and produce the same results.

But that’s not how it works, is it? So, what does create results in your business? You guessed it! Being vs doing. When we have an understanding of divine alignment we have a greater sense of the being that drives our doing.

Becoming aware of the indicators you are not in alignment with your divine purpose is a great first step to shifting out of doing and into being. It is the practice of “being” that is required to ensure success, fulfillment and contribution through our “doing.”


Since 2011, courageous men and women around the world have chosen Divine Navigation and committed to the extraordinary and transformative experience of Aligning with their Soul – through their Divine Coordinates. We invite you to also explore the journey of living, loving and leading from your Soul.