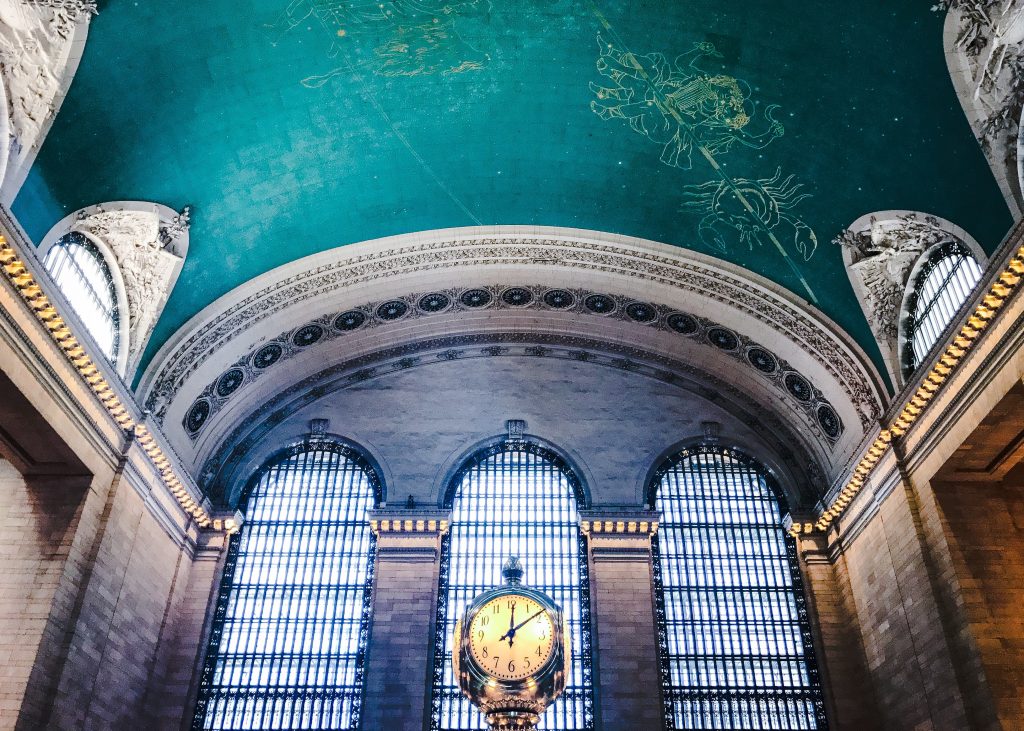 Enjoy the Scenery on the Detour to Your Potential

in Purpose and Fulfillment by Ronda Renée

Grand Central Station, New York City. It is a sweltering Monday in August. I am in the busiest commuter station in the country at rush hour. There are people in all directions swarming around me like bees. I am exhausted, pretty much broke and ready to give up. For a moment, I almost succumb to the wave of hopelessness. I wonder, would anyone even notice if I sat down right here on my luggage and cried? This wasn’t the first time I had wound up in a ditch on a detour of life but it is the only time I remember being tempted to lie down in that ditch and not get up.

This story is a bit like life in general and my life specifically. After all, there had been a time when living in New York City had been a part of my life plan. Today, it definitely did not feel like the place I belonged. Like many of us, I set off on my path of life thinking that I knew what my destination was. Along the way I came upon many of life’s usual detours including marriage and children. Neither of which were part of my original plan. When these detours showed up, I happily took a left turn toward a new destination. After awhile, I encountered another detour, not so happily, when divorce became part of my experience, once again changing my course.

How many of us find ourselves in the life we imagined for ourselves as children or young adults?

I, for one, had planned to stay single and childless and dreamed of working in the fashion industry. So, how exactly had I ended up a divorced single mom working in construction? My tendency, like many, was to take the next most logical step in life. After falling in love, the societal expectation was marriage, then children. After that, the question becomes, “How will I make a living?” Do we choose based on what we know how to do, what we have experience or education in, what we think will be lucrative or whatever is available in the moment? Where in there do we learn to stop and ask things like, “What do I actually want?” or “What do I like to do?” Two years, or ten years, or even twenty years later we may find ourselves somewhere very different than we ever expected or intended.

This is the progression that I found my life taking. Always doing the next most logical thing, the thing that seemed like the path of least resistance and moving along with the rest of the world, from cradle to grave. By all accounts, I had a pretty successful life. Even with two failed marriages, I had great job, beautiful children, wonderful friends, owned a home, and even a few rental properties.

I had acquired and done all those things I was “supposed” to and what was expected of me.

It was after the end of my second, crash and burn, marriage that I looked around and first asked myself the question I posed that day in the madness of rush hour: “How did I get HERE?” After all, I did everything they told me to! All the things they said would make me happy, yet, here I was again; heartbroken and confused yet highly competent and outwardly successful. The ways of this world just no longer made sense to me. “Whose life was I living anyway? Was it mine to live or was it only on loan to me?” I began asking myself these and many other questions.

What I call “Life’s Big Questions” became my constant companions. You know the ones. “What did I want most? Who did I want to be? Who am I? What is the point of all this anyway?” Then the REALLY big ones hit me. “Why wasn’t anyone else asking these questions? What was wrong with me that I couldn’t just be satisfied like everyone else seemed to be? After all, I had a good life, right? Why did I have this tugging in my gut and yearning in my heart?”

Because I was called to something greater and so are you.

Deep within each of us live our Soul’s Divine Coordinates®. These coordinates will lead you home; home to your greatest self. No matter the bumps in the road, when you align with your Divine Coordinates® and allow your Divine Navigation System® to guide the way, you will have a sense of peace and well-being unlike any other. Having aligned with mine and being fully aware of the gift that I was designed to be in the world, I was no longer content to do what was reasonable and logical. My spirit called and I responded.

I made major life changes to chase my dream of making a difference in the world by guiding people to know themselves at the deepest levels and create lives rich with meaning and fulfillment. I knew in my bones that this was the right thing for me and I went for it! I jumped off the proverbial cliff and put everything at risk; I mean EVERYTHING; to walk my highest path.

Fast forward. There I was on that August day in Grand Central Station having blown up my life in order to follow my dream. No more job, children furious with me for turning their lives upside down, having sold all but the house I was living in which by the way my mother was making the mortgage payment on for me (Thank you, Mom!). Again, the question came. “How did I get HERE?” This time the question appeared for a different reason. After all, I had intentionally chosen THIS path. I mean I knew it would be risky but I had been responsible with my choices or at least I thought I had.

“Could I have really risked it all for nothing?”

There had been detour after obstacle followed by road blocks. I wasn’t sure I could take much more. How could I invite people to live their greatest life while mine appeared to be crumbling down around my ears? Things were not going according to my plan. The circumstances around me were overwhelming and it felt like I was spinning out of control. Then I remembered my Divine Coordinates.

We are each designed to express and be a specific set of energies in this world. You express this energy through your Divine Coordinates that are part of your Divine Navigation System. I know that my calling to Empower Truth through Authenticity and Possibility is my key to abundance. Taking a few deep breaths and once again aligning with my Divine Coordinates, I was able to take the next step and the next and then next. Allowing it to my Divine Navigation System guide me as it was designed to. Once again, all was well.

You will know when you are in alignment with your Divine Coordinates when you are calm, peaceful, excited and in anticipation all at the same time. It is from this place, from knowing the truth of who you really are, that you are willing to walk through hell (or Grand Central Station with luggage on one of the hottest days of the year). Your life is calling you.

You see, even your detours are part of your calling.

What I know now is that these obstacles and detours served a greater purpose. As confusing as it may sound, in this case it was precisely because I was on my highest path that these obstacles were present. With each obstacle, I was being invited to be someone new; a greater level of myself. Along the way, I was being honed into my greatest self. The “me” that would be required in order for me to share with the world the message I felt churning inside. There’s a reason we tell stories that start with “I had to walk three miles, up hill, one way in a blizzard…’. After all, who wants to listen to a messenger that says “Oh yeah, it was easy. I just…..”

Life is full of detours.

We choose a path or one chooses us. We make a plan for a route and set out only to be met by one of life’s detours. These seeming obstacles in our lives are actually perfectly designed not to knock you off the path but to prepare you for, keep you on or maybe most surprisingly to put you on your ultimate path. That is what this particular detour did for me. You see, we may think that we know what it will look like when we are fulfilling our purpose. In truth, your life has the potential to be much, much more than you may be able to currently imagine. The point of life’s detours is to show us just what we are made of and who we are meant to be. Every obstacle you face, every challenging circumstance you overcome, every personal limitation you break through, is a touchstone on your path to your greatest self.

The final route to your ultimate destination will likely include a detour or two but when you are and using your Divine Navigation System to navigate your life, you are never lost. Keep moving forward, course correcting, aligning with your Divine Coordinates and remember to enjoy the scenery on the detour.